What is botulism: causes, symptoms and treatment

Throughout this article we will analyze what is botulism , as well as its causes, symptoms and treatment . Basically, botulism is an intoxication, produced by the intake of products in poor condition, mainly, packaged foods, with special emphasis on sausages and preserves.

What is the botulism

When we ask ourselves what is the botulism , we have to associate it immediately, with an indigestion, a poisoning , that causes it Botulinum toxin, which is a toxin, generated by the bacterium 'Clostridium botulinum'. This poisoning is caused by having eaten packaged products , such as sausages and preserves in poor condition . We must be especially careful with these products, since we are facing an unusual disease, but it can be quite serious, as it could be fatal. 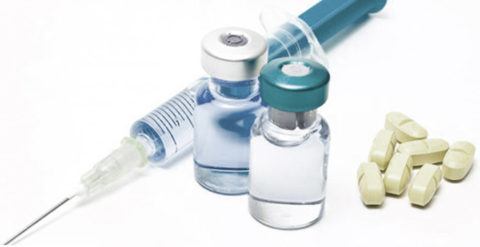 Those poorly preserved foods would be contaminated by potent neurotoxins . In the case of botulism, the infection usually occurs, in the great majority of cases, due to the consumption of food, while in other cases, it could be transmitted by the contamination of open wounds, or by the collateral effect, of having used toxins deliberately, when treating neuromuscular diseases, or in cosmetics.

The so-called Clostridium botulinum, is found in soils and unsafe water , and ends up creating spores , that survive, in foods that are not well preserved, or canned, since that is where the toxin is generated, which produces the disease. As we said before, you have to be especially careful, since ingesting even very small amounts, you can cause a serious illness.

The homemade canned vegetables, are part of the food, that more frequently, they can be affected, as is the case of asparagus, beet or even garlic and tomato. Also to a lesser extent, for pork, or raw fish and honey.

Let's review below , the causes of botulism , which are several. Keep in mind, that the agent that causes botulism, is Clostridium

botulinum, which is a mobile bacteria , that does not even need oxygen to grow, and is capable of to survive, because it can turn into spores. However, these spores can be destroyed at high temperatures. Any food can transmit botulism, but we must take special care with canned, smoked and salted , since they are stored for a long time, before being ingested. In the case of babies, it is the intake of honey, the main cause.

Botulinum toxin , when ingested, affects the nervous system, preventing the synthesis of acetylcholine, which is the substance, which serves to contract the skeletal muscles, and to activate the nervous system.

There is also risk of infection, in people addicted to intravenous drugs , who can infect your blood so with the bacteria directly. There is also contagion, by inhalation of spores, by laboratory workers.

The first symptoms of botulism , begin to be related to the nervous system , with word disorder, double vision, crying in children, weakly and paralysis of limbs. It can occur from one hour to ten days after the ingestion of food.

Severe fatigue, weakness and vertigo are other symptoms that may appear initially, once intoxication has manifested.Since honey can contain it, it is not advisable to take it for children under one year of age.

treatment for botulism, we can summarize it in five ways of action.

The first would be, in prevent the absorption of the toxin , something that happens in the few cases, in which We know that a person has consumed a food contaminated with this substance. In this case, there is to cause vomiting in the person, as well as to give him laxatives, so that the digestive tract is cleaned in this way.

Secondly, it is necessary to neutralize the toxin that has happened to the blood. This is achieved by an injection of immunoglobin antitoxin, which are antibodies that end up nullifying the toxin.

Third, we must control the symptoms . Drugs can be used to activate acetylcholine, and thus prevent muscle weakness. Analgesics can be used to mitigate abdominal pain, vomiting can be controlled with antiemetics, and dry mouth or eyes, with hydration.

In the fourth section, we would have the income in the ICU . The Intensive Care Unit is necessary, since any intoxicated person suffering from botulism is at risk of losing his life. You can suffer a cardiorespiratory arrest, due to the weakness of the muscles, for which it is necessary an exhaustive control by the medical team. You must be under observation to avoid any possible problem.

And in fifth and last place, there is rehabilitation . After having overcome the botulism, it may be possible that there is a certain muscle weakness, having had the disease and there are problems, in the control of the look. It is necessary to do an intensive process of rehabilitation, including muscular exercises, to recover the physical condition previous to the disease.

If you want to buy this website, please don't hesitate to contact us via e-mail: domain (dot) sales (dot) org @ gmail (dot) com